cancel confirm NSFW Votes: (0 votes)
Are you the publisher? Claim or contact us about this channel.
0
Showing article 1771 of 12132 in channel 6088585
Channel Details:
Viewing all articles
Browse latest Browse all 12132
0
0
The Digital Corpus of Cuneiform Mathematical Texts 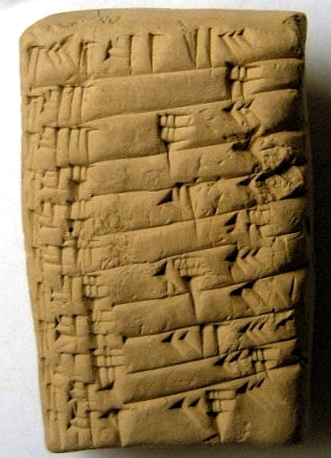 Cuneiform writing was invented some 5000 years ago in southern Iraq for the purpose of keeping accounts - and for the next few hundred years book-keeping remained its sole use. The last datable cuneiform tablet, also from southern Iraq, is an astronomical diary for the year 75 CE. For the three millennia spanning the rise and fall of cuneiform writing, and arguably for some time after, numeracy was an inseparable and essential part of literate culture throughout the Middle East.

While the vast majority of cuneiform tablets contain numerical data, written by professional scribes, a smaller number are the outcome of teaching, learning, or communicating mathematical techniques or ideas as part of scribal education. This website presents transliterations and translations of around a thousand published cuneiform mathematical tablets; a similar number await decipherment and analysis in museums around the world.

The text and editions on this site are by Eleanor Robson whose work on this project was supported by an Early Career Fellowship from the University of Cambridge's Centre for Research in Arts, Social Sciences and Humanities in January-March 2007.

The Digital Corpus of Cuneiform Mathematical Texts is a component of
Oracc: The Open Richly Annotated Cuneiform Corpus
Viewing all articles
Browse latest Browse all 12132
© 2022 //www.rssing.com