cancel confirm NSFW Votes: (0 votes)
Are you the publisher? Claim or contact us about this channel.
0
Showing article 12058 of 12132 in channel 6088585
Channel Details:
Viewing all articles
Browse latest Browse all 12132
0
0
Bridging the Gap: Disciplines, Times, and Spaces in Dialogue – Volume 3: Sessions 4 and 6 from the Conference Broadening Horizons 6 Held at the Freie Universität Berlin, 24–28 June 2019
Edited by Costanza Coppini, Georg Cyrus, Hamaseh Golestaneh 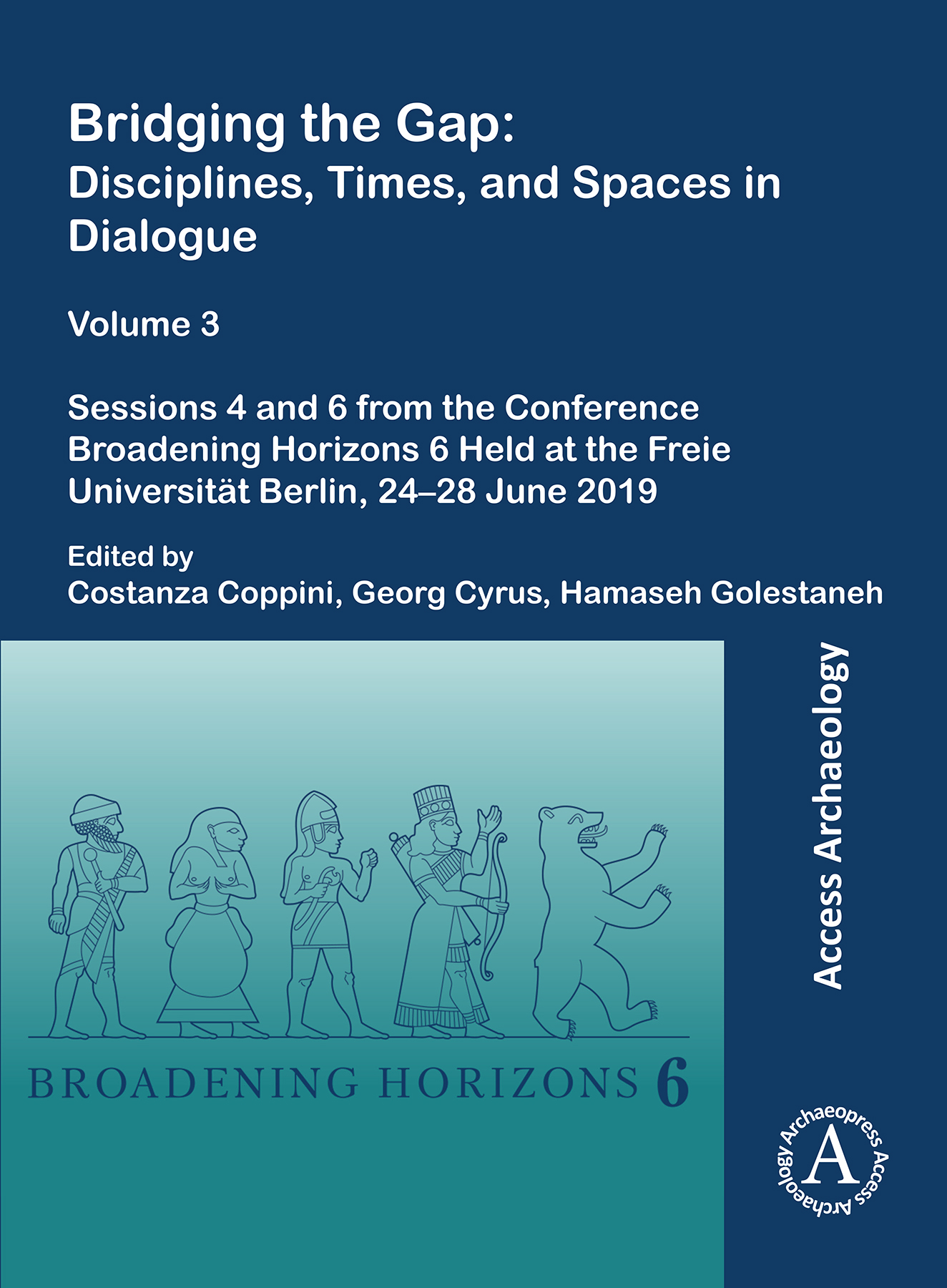 Since 2007, the conferences organized under the title ‘Broadening Horizons’ have provided a regular venue for postgraduates and early career scholars in Ancient Near Eastern Studies. Three volumes present the proceedings of the 6th Broadening Horizons Conference, which took place at the Freie Universität Berlin from 24–28 June, 2019. The general theme, ‘Bridging the Gap: Disciplines, Times, and Spaces in Dialogue’, is aimed at encouraging communication and the development of multidisciplinary approaches to the study of material cultures and textual sources.

Oman Peninsula and the Indus Valley: An Assessment of Material Exchanges during the Iron Age (c. 1300–300 BC) – Carlos Fernández Rodríguez ;

Identity and Interaction at Togolok 1 in the Murghab Region (Southern Turkmenistan) during the Bronze Age – Luca Forni and Roberto Arciero ;

The Structure of the Urartian Territory as Seen through the Distribution of Inscriptions – Dan Socaciu ;

Do I Know You? Points of Contact between Northern and Central/Southern Mesopotamian Ceramic Traditions in the 2nd Millennium BC – Valentina Oselini ;

From Athirat to Aphrodite. The Feminine Side of the Sea in the Late Bronze and Early Iron Age Eastern Mediterranean – Mari Yamasaki ;

Mountains for the Gods: Mimicking Landscape with Architecture. Mesoamerican Pyramids and Mesopotamian Ziqqurats in a Cross-Cultural Examination – Felix Levenson and Mónica Pacheco Silva ;

Beyond Dimorphic Chiefdom. An Alternative View of the Site Distribution during the Early Iron Age in the Southern Levant – Maria Tamburrini ;

The Mountain Sanctuary of Šami and the Relationship with the Settlement Pattern – Francesca Giusto ;

Some Considerations on Workers and Officials Involved in the Circulation of Fish in the Ur III Umma Province – Angela Greco ;

The Transformation of the Urban Landscape at Hatra (5th/4th Cent. BC – 3rd Cent. AD) – Enrico Foietta