cancel confirm NSFW Votes: (0 votes)
Are you the publisher? Claim or contact us about this channel.
0
Showing article 12013 of 12094 in channel 6088585
Channel Details:
Viewing all articles
Browse latest Browse all 12094
0
0
SOMA 2016: Proceedings of the 20th Symposium on Mediterranean Archaeology: Saint Petersburg, 12-14 May 2016
Edited by Hakan Öniz, Sergey Fazlullin 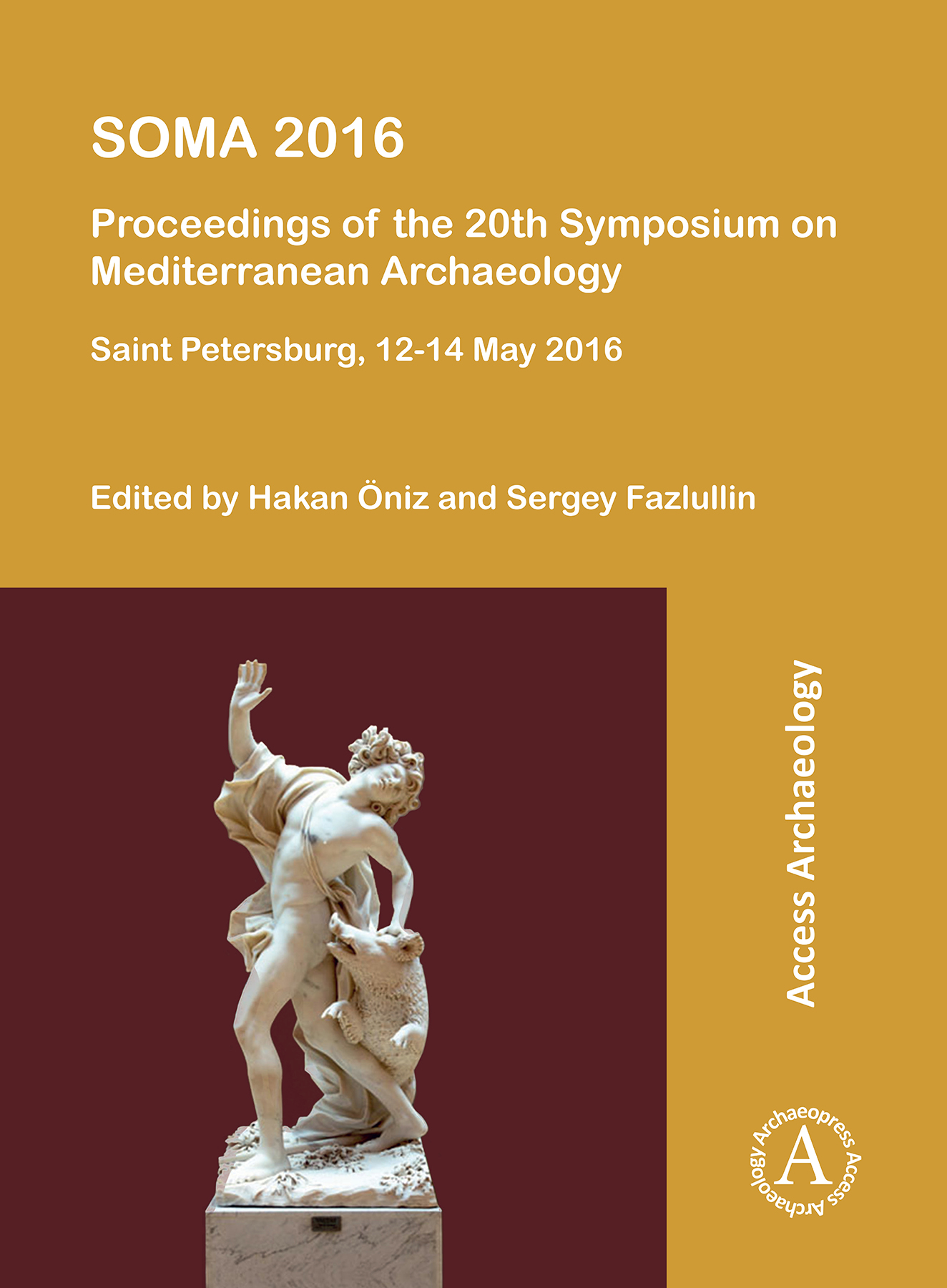 The twentieth annual meeting of the Symposium on Mediterranean Archaeology (SOMA) was held in Saint-Petersburg, Russia on 12-14 May 2016. As in the past, the symposium provided an important opportunity for scholars and researchers to come together and discuss their works in a friendly and supportive atmosphere.

The main theme of the 2016 meeting is the archaeology of the Northern Black Sea. The Northern Black sea region is an area rich in archaeological sites, on the one hand, and subject to active industrial development, a rapidly growing population and the development of port and recreational facilities on the other, with an attendant growth of pollution and waste. Therefore, in addition to traditional issues related to archaeological finds in various parts of the Mediterranean, the papers focus on new ideas for the conservation and management of sites of historical and cultural heritage.

Texts, Writings and Decorative Features of the Inscriptions of the Yusuf Agha Library, Konya – İbrahim Kunt and Murat Karademir ;

Trade and Transportation in the Light of the Mosaic Floors of the Holy Land – Lihi Habas ;

The Underwater Park and Its Visitor Centre – Nikolaev Ivan Romanovich ;

Relations Between the Northern Black Sea and Western Anatolia in the Archaic and Classical Periods – Sergey Solovyev ;

Jewellery Production and the Examples Made by the Kavurmacı Family of Crimean Tartars Living in Ilgin – Sibel Karademir ;