cancel confirm NSFW Votes: (0 votes)
Are you the publisher? Claim or contact us about this channel.
0
Showing article 12009 of 12094 in channel 6088585
Channel Details:
Viewing all articles
Browse latest Browse all 12094
0
0
Approaches to Disruptions and Interactions in Archaeology: Proceedings of the Graduate Archaeology at Oxford Annual Conferences in 2017-2019
Edited by Penny Coombe, Ying Tung Fung 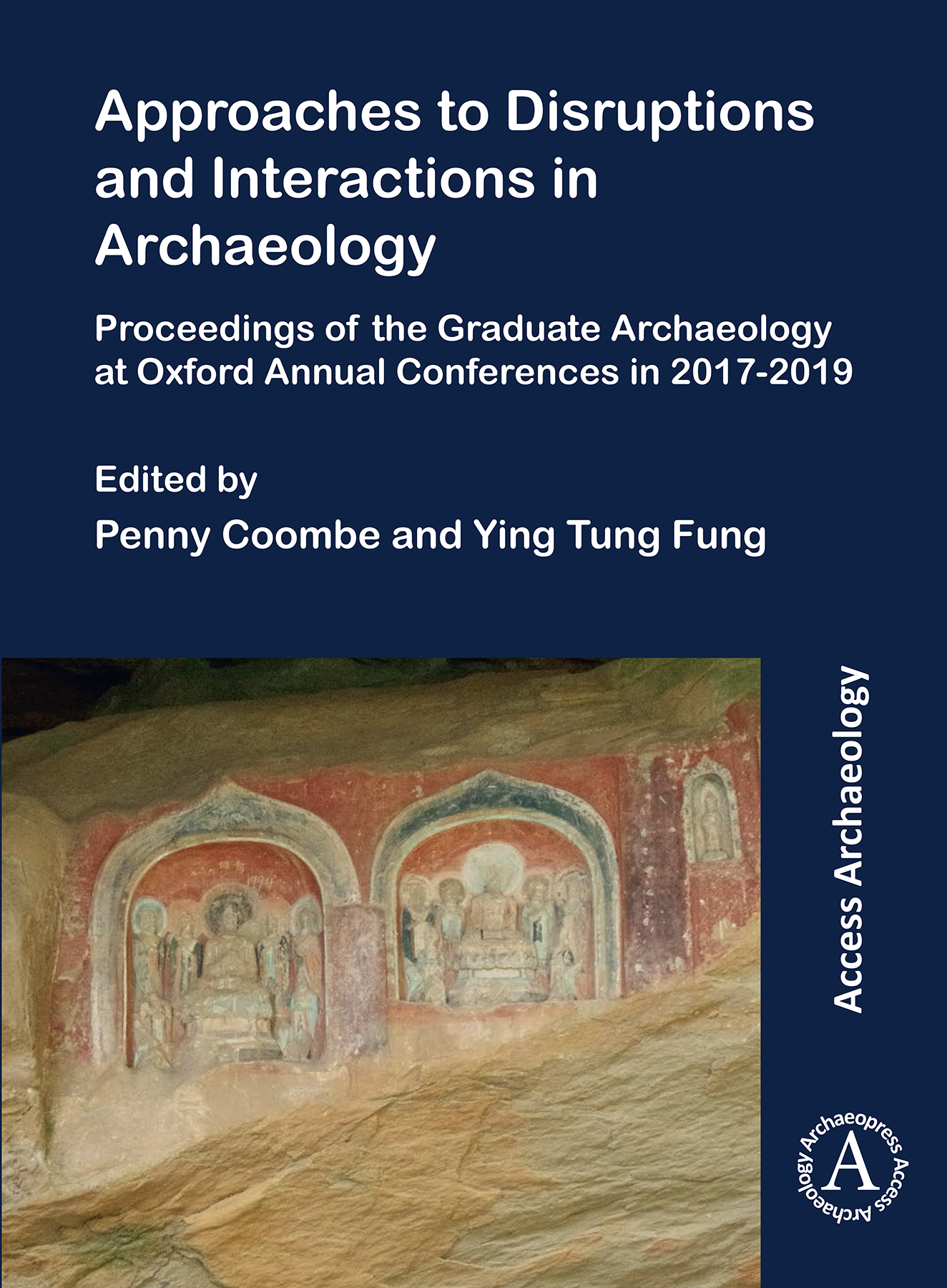 Approaches to Disruptions and Interactions in Archaeology is a collection of some of the papers presented at the Graduate Archaeology at Oxford Conferences over the years 2017, 2018, and 2019. The GAO conference has become an annual fixture in the calendar of graduate study in the School of Archaeology in Oxford, typically held in the spring each year and organised by graduate students from the School. The aims of the conferences have been primarily to provide a platform for graduate students and early career researchers to share their work, and to encourage discussions and connections amongst scholars from different fields within archaeology. In total, around 150 delegates participated, approximately 80 papers were presented, and 20 posters were displayed in the three conferences represented in this volume. The book represents 8 papers from the wider benefits and results of the GAO conferences over the three years. The papers draw out different aspects of the key themes of interaction, mobility, entanglement and disruption amongst various communities and demonstrated through material culture, relating to a range of time periods. Subjects include Japanese fans, Romano-British coins, Chinese architecture, the establishment of the Silk Road(s), chaos as shown in classical theatre, the threat to Indian urban sites, Buddhist grottoes in Northern Sichuan, and Phoenician colonisation of parts of Portugal. It is proposed that definitions and distinctions can be a mirage, and it is interaction and mobility that characterises much of the past.

Graduate Archaeology at Oxford Annual Conference 2017: Movement and Conflict in Archaeological Research ;
Change and permanence in a landscape of cultural interaction: The Early Iron Age in the Lower Sado valley (Portugal) as a case study – Francisco B. Gomes ;
The Japanese fan in the east and west: an archaeological perspective – Matthew Hitchcock ;
Communities in Between: the Silk Road network in the context of trans-Eurasian politics from the 6th to the 8th centuries – Shengyu Wang ;

Graduate Archaeology at Oxford Annual Conference 2019: Cause, Process and Impact of Interaction in Ancient Cultures ;
Interacting with coins in Roman Britain: The flexibility of meaning and use – Barry Crump ;
The Lingzhao Pavilion 靈沼軒 as “Crystal Palace”: A Trans-mundane Space in iron and glass at the Qing Court – Tao Wu ;
Site and Structure：A Spatial Analysis of Buddhist Rock Carvings in Northern Sichuan in the Early Seventh Century – Xiao Yang