cancel confirm NSFW Votes: (0 votes)
Are you the publisher? Claim or contact us about this channel.
0
Showing article 11498 of 12547 in channel 6088585
Channel Details:
Viewing all articles
Browse latest Browse all 12547
0
0
Heritage and Nationalism: Understanding populism through big data
Chiara Bonacchi 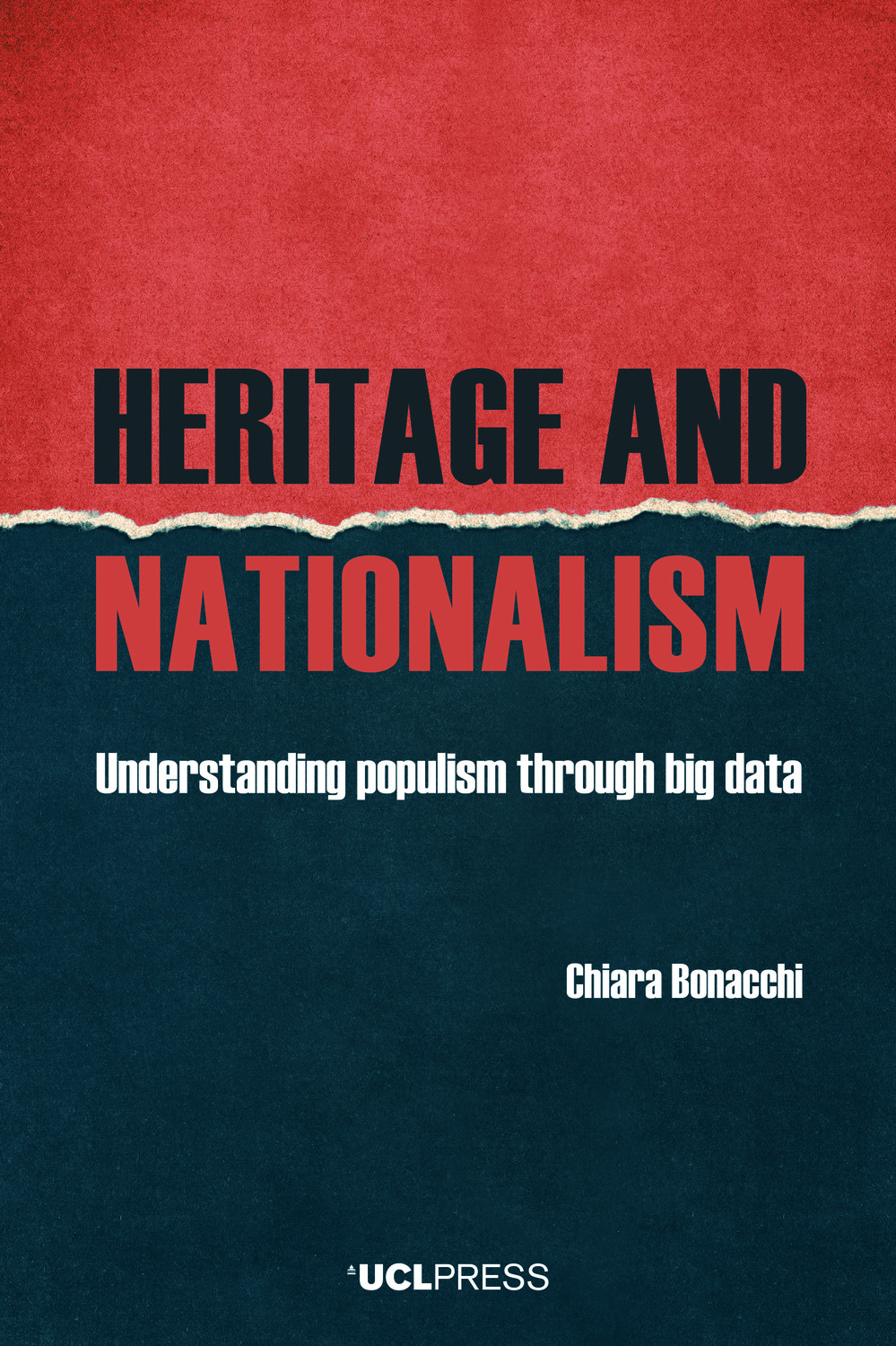 How was the Roman Empire invoked in Brexit Britain and in Donald Trump’s United States of America, and to what purpose? And why is it critical to answer these kinds of questions? Heritage and Nationalism explores how people’s perceptions and experiences of the ancient past shape political identities in the digital age. It particularly examines the multiple ways in which politicians, parties and private citizens mobilise aspects of the Iron Age, Roman and Medieval past of Britain and Europe to include or exclude ‘others’ based on culture, religion, class, race, ethnicity, etc.
Chiara Bonacchi draws on the results of an extensive programme of research involving both data-intensive and qualitative methods to investigate how pre-modern periods are leveraged to support or oppose populist nationalist arguments as part of social media discussions concerning Brexit, the Italian Election of 2018 and the US-Mexican border debate in the US. Analysing millions of tweets and Facebook posts, comments and replies, this book is the first to use big data to answer questions about public engagement with the past and identity politics. The findings and conclusions revise and reframe the meaning of populist nationalism today and help to build a shared basis for the democratic engagement of citizens in public life in the future. The book offers a fascinating and unmissable read for anyone interested in how the past and its contemporary legacy, or ‘heritage’, influence our ‘political’ thinking and feeling in a time of hyper-interconnectivity

1. Introduction
2. Using big data
3. Nationalism, populism and the past
4. Italian populism and the 2018 Election
5. The Brexit referendum
6. The ‘great wall’ of Trump
7. Experts, authority and social fabrics
8. Conclusion: a new perspective

If you were a town councillor, what would you do to improve Harleston?

The PlayStation Plus Collection Disappears In May

The EESC pushes forward the interinstitutional consensus-building on the...

At the end of an episode of television show parking wars it says in memory of...

Five friends sat in a movie theater in a row containing 5 seats, numbe

How Are the jared and jillian sandler related to adam sandler? #adamsandler

Psycho For Love: Joseph Kent McGowen shot and killed Susan White because she...

A courageous man is a happy woman

Where Are They Now: MTV’s Fat Camp

If you were a town councillor, what would you do to improve Harleston?

The PlayStation Plus Collection Disappears In May

The EESC pushes forward the interinstitutional consensus-building on the...