Editions and translations of a wide range of Mesopotamian scholarly writings, contributed by many different people and projects.

This website is the online complement to Eleanor Robson's book, Ancient Knowledge Networks: a Social Geography of Cuneiform Scholarship in First-Millennium Assyria and Babylonia, published by UCL Press in November 2019. It contains links to translations of cuneiform texts, glossaries, and list of all known scholars of Assyria and Babylonia in the first millennium BC.

Composite transliterations of the Epic of Anzu, prepared by Amar Annus for the book The Standard Babylonian Epic of Anzu (State Archives of Assyria, Cuneiform Texts 3), Helsinki: The Neo-Assyrian Text Corpus Project, 2001. Lemmatisation by Philip Jones.
Buy the book from Eisenbrauns.

Texts on extispicy (divination by the entrails of sacrificed animals). Currently contains only the Old Babylonian liver model BM 92668. The ordering of the omens was determined by Ruth Horry, the transliteration and translation made by Eleanor Robson.

Editions of scholarly tablets from Huzirina, Kalhu, and Uruk for the Geography of Knowledge project, comprising editions and translations of a wide range of Mesopotamian scholarly writings.
Project directed by Eleanor Robson at the University of Cambridge and funded by the UK Arts and Humanities Research Council, 2007-12. 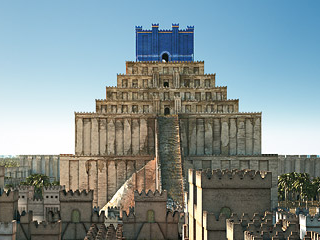 Editions and translations of texts for the UCL Undergraduate Special Subject in History, Temple Life in Assyria and Babylonia (HIST3109), academic year 2018-19. Compiled by Eleanor Robson at UCL.

CAMS is a component of Oracc: The Open Richly Annotated Cuneiform Corpus