cancel confirm NSFW Votes: (0 votes)
Are you the publisher? Claim or contact us about this channel.
0
Showing article 10049 of 12125 in channel 6088585
Channel Details:
Viewing all articles
Browse latest Browse all 12125
0
0
Zoara, the Southern Ghor of Jordan
By Konstantinos D. Politis
Amman, Jordan: ACOR, 2020 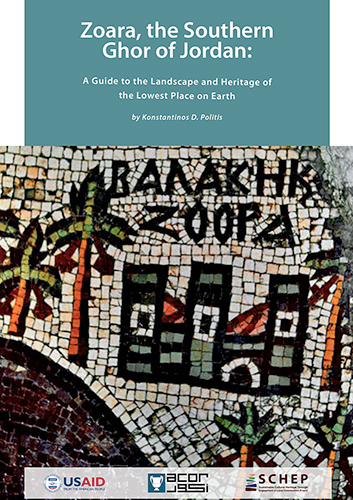 “Zoara” is the biblical and ancient name for the city and center of an area today called the Southern Ghor. This region comprises a number of wadis (valleys with seasonal watercourses) that run from east to west and have created alluvial fans (ghors) at the southeastern shore of the Dead Sea. This is the deepest part of the Great Rift Valley, which stretches from northwestern Syria to East Africa. It was in one of those ghors, as-Safi, that Zoara was founded, precisely at the lowest place on the Earth’s surface.

The environment of the Southern Ghor is unique. Lying on major geological vault lines and arid most of the year, it offers a wealth of natural resources such as mineral salts, bitumen, and sulfur. Furthermore, the exceptional climate allows for the cultivation of valuable plants. Wheat, dates, balsam, indigo, and sugarcane were prevalent cash crops in the past. Its geographic position, on a major crossroads of the Near East, facilitated trade in antiquity. Consequently, it flourished, creating its own rich cultural heritage that has spanned more than 10,000 years.

A similar situation still exists today, with the extraction, processing, and trade of potash, bromine, and magnesium. Likewise, farmers can easily grow and export agricultural products such as tomatoes, cucumbers, melons, and other summer crops. The weather is mild in the winter and warm and sunny during the rest of the year. Perennial springs guarantee a constant supply of freshwater. The diligent and innovative population of the Southern Ghor greatly contributes to its prosperity.